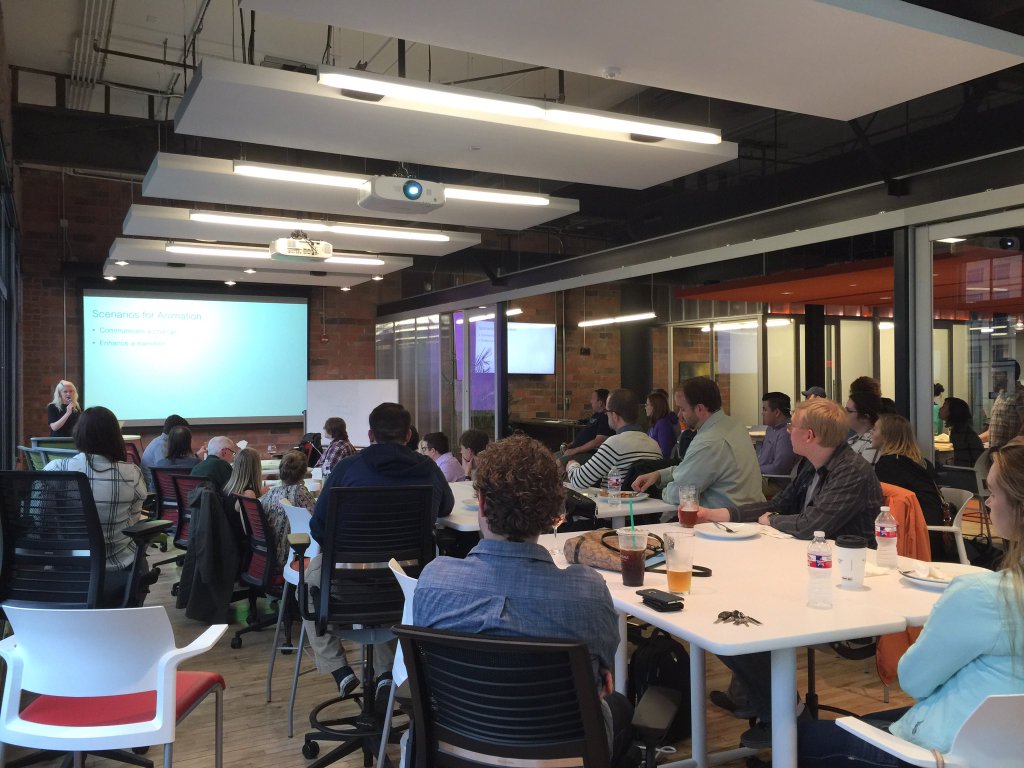 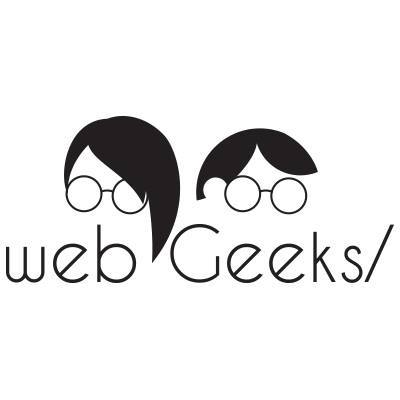 As we recover from the holiday season, it’s time to reflect on the past year. For the Des Moines Web Geeks, it was incredible!

Here’s a look back.

We held our first dojo of the year, Setting Up your Computer for Web Development. We heard from Kyle Brumm about dotfiles, Justin Stevens about Sublime Text editor, and Jessica Le about getting started with Git.

Next: @itrace talks about setting up Sublime Text 2 (on Windows)! #webdev pic.twitter.com/BWIJNz9BTI

"Gettin' Jiggy Wit Git" presented by @lovelejess. Tips for getting set up on Git and @github! #webdev pic.twitter.com/g40d6Up10K

In February, we began a three-month “framework” series, starting with Django built upon Python. We all learned something we didn’t know before!

Continuing with our framework series, March’s evening event focused around Ruby on Rails. C.J. Howard spoke to us about going from rails new to a new app in just a few commands.

C.J. Howard is speaking to us tonight about Ruby on Rails! From `rails new` to an app in a few commands. pic.twitter.com/RCYjaCzwWc

And on March 21, 2016, we held our annual social event at Legend’s downtown. More than 50 people came to enjoy a wide variety of speakers.

See the full list of presenters and watch videos of the presentations from the event!

Next on our framework series was PHP’s Laravel framework. We heard from a few local Laravel experts about their experience with the framework and how to rapidly build PHP applications.

We relocated to The Forge in May 2016, and we haven’t looked back! Pillar Technology has been a generous sponsor of the venue, food and drinks for our evening events.

To kick off the move, we hosted an evening event centered around Prototyping and UX. Rachel McClung, Emily Hughes, and Adam Anderson spoke to us about different tools for creating a good user experience – and they drew a big crowd!

We're here at The Forge! @rachelmc kicks us off by talking about designing CSS microinteractions. pic.twitter.com/zGSlYqpP2J

Next up Mobile & Responsive Web Design With Photoshop Artboards by Emily Hughes. pic.twitter.com/YL8Bi5armF

Tonight's @dsmwebgeeks reminds me of the best events from the early days. 30+ men & women in a room w/ speakers who really know their stuff.

In June, we returned to a more technical topic. Jim Kraai spoke to us about “Zen and the Art of Software Maintenance,” and Eric Heikes led us through a hands-on workshop using Nightwatch for end-to-end application testing.

Next: @ericheikes leads us through setting up Nightwatch.js and teaching us about end-to-end JavaScript testing! pic.twitter.com/HIqzoWQs5d

In July, we were excited to host Fred Galoso of Trello. He spoke about how to “Refactor like a Scientist.”

When in doubt, experiment! Slides from my talk, "Refactor Like a Scientist" https://t.co/gQccbVb1N0 (cc: @dsmwebgeeks)

Hey! Zach Taylor is speaking about "what the heck are JSON Web Tokens." Now I know. @dsmwebgeeks pic.twitter.com/qu9VPE3Q2r

Thank you to @dsmwebgeeks and @BlueCompass for the opportunity to talk about teaching tech pic.twitter.com/ZjbWYEKA3e

In September, we met in the evening for a hands-on workshop about building desktop apps using Electron. We harnessed the power of HTML/CSS/JS to build desktop apps on Mac and Windows.

We also continued our lunch series. Jose Luis-Torres of AgSolver presented “Using React in a Rails Environment.” Shift Interactive sponsored lunch for us.

@joseluis_torres compares three different ways on how to use React on Rails for our lunch talk! pic.twitter.com/oAUtnkYtLm

In October, we spent an evening discussing project management and the user experience process. Eric Rowley of Shift Interactive spoke to us about keeping UX in mind while managing client expectations, especially with large projects. Ellen Butler of Happy Medium spoke about Happy Boards, a product launched by the company, and how UX differs for product development and client services work.

We also had a booth at Prairie.Code() from October 26-28. We were glad to see a lot of you there!

We're all set up! Come visit us and snab up a free sticker with our new logo. #PrairieCode pic.twitter.com/4h90fvY3NK

We began the month of November with a talk from Jason Jones of Gain Compliance. He spoke to us about Google App Engine and its uses for developing and deploying crucial business software. Brian Hemesath hosted us at the Global Insurance Accelerator in the East Village.

.@jcjones1515 showing us how Google App Engine can save you from hectic infrastructure management. pic.twitter.com/6Wbo34M9nP

Later in the month, we heard from Austin Lyons during an evening event. He spoke about data visualization, specifically using DC3.js

We tried something new and held an Ugly Sweater Show-and-Tell in December. This was a blast!

Shift lended us a screen printer, and Justin Stevens designed an awesome ugly sweater print for us:

Throughout the night, a dozen people got up and showed off their latest projects or other things they found cool. It was a great way to end the year!

Free ? & ? & ? & awesome demos & screen printing press! Nowhere I would rather be tonight! Thanks @dsmwebgeeks & @agilesoftware pic.twitter.com/VHHzu2F1lf

See a video of the screenprinting process

Des Moines Web Geeks thrives because of people like you who continue to support us and the rest of the local user group community. It’s incredible to see the impact of your hard work, time and dedication toward making Des Moines a better place to be.

We’d love to hear your feedback about Web Geeks! Complete this survey to let us know what you enjoy and how we can do better »

We will see you in February 2017 for our next event, An introduction to Webpack and building single page apps!

We are a group of web enthusiasts with diverse interests covering the full spectrum of web and mobile design, development and marketing. We meet monthly and you are welcome to join. Learn more
Our Sponsors

Have a talk you’d love to share with us? Fill out this call for speakers form and present at our next event:

Do you have a topic you'd love to share? We're always looking for ideas.
Get In Touch
© Des Moines Web Geeks - All Rights Reserved